Share a memory
Obituary & Services
Tribute Wall
Read more about the life story of Randall and share your memory.

Randy A. Fike, of Sturgeon Bay, passed away on Saturday, January 21, 2023 at Aurora Bay Care Medical Center in Green Bay, due to cardiac complications.

He was born August 14, 1966 in Waynesburg, Pennsylvania son of the late Jack and Irene (Clayton) Fike.

Randy graduated from Waynesburg High School with the class of 1984. He then enlisted in the United States Army and served until his discharge in 1986.

Randy and Brenda Lee Jacobs were united in marriage on February 23, 2001.

He enjoyed barbecuing, camping, fishing, hunting, his grandchildren, playing cards, his many pets, and watching sports. He also loved traveling the United States, while team trucking with Brenda for a few years. He was an avid Steelers football fan, Penguins hockey fan, and NASCAR fan.

He was preceded in death by his parents; brother, Rick Fike; father-in-law, Keith Jacobs; and mother-in-law, Donna (Alward) Jacobs.

A celebration of life will be held at a later date.

Huehns Funeral Home, Inc. & Door County Crematory LLC of Sturgeon Bay are assisting the Fike family. Expressions of sympathy, memories, and photos of Randy may be shared with his family through his tribute page at www.huehnsfuneralhome.com.

To send flowers to the family or plant a tree in memory of Randall Albert Fike, please visit our floral store. 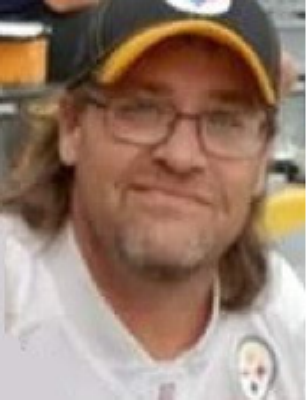 Family and friends are coming together online to create a special keepsake. Every memory left on the online obituary will be automatically included in the book.

You can still show your support by sending flowers directly to the family, or by planting a memorial tree in the memory of Randall Albert Fike
SHARE OBITUARY
© 2023 Huehns Funeral Home & Crematory. All Rights Reserved. Funeral Home website by CFS & TA | Terms of Use | Privacy Policy | Accessibility