Share a memory
Obituary & Services
Tribute Wall
Read more about the life story of Peter and share your memory.

Peter John Stoffel, 61, of the Village of Howard, formerly of the Town of Sevastopol, passed away at home, Monday morning, January 9, 2023.

He was born December 7, 1961 in Seville, Spain, the son of William Michael Stoffel and Elaine Regina (Haen) Stoffel. Bill was serving overseas with the United States Air Force. Pete was baptized in Spain, but his family eventually returned to the United States and home to Door County, WI (where Bill and Elaine were from). He attended Saints Peter and Paul Catholic Church and School and then Sevastopol High School, both in Institute. Pete was the only male cheerleader at school and became known as “Pioneer Pete.” He graduated with the class of 1979.

Pete was initially employed with Cihlar Sanitary Construction in Sturgeon Bay and then went to work for Door County Cooperative in the herbicide department. He worked with Jack Weber for Niagara Chemical and then Septic Maintenance with Tony Gosser and staff. Pete’s primary occupation was owning and operating his own fruit and vegetable orchard (most notably cherries, peaches, and asparagus) off of Mathey Road in the Town of Sevastopol. He took great pride in that and maintaining his soil to produce bountiful harvests each year. Later on, Pete worked as a pipefitter for Bay Shipbuilding Co. in Sturgeon Bay. He was currently employed as head groundskeeper for Northern Management properties in the Green Bay area.

Pete coached youth football around the years his sons, Taylor and Davis, played.

For the past five years, he shared life with Lori Lynn Kerwin, from Sheboygan. Pete moved to the Village of Howard in Brown County, just three years ago. He and Lori operated a caramel apple stand together at various community events and celebrations in Door and Brown counties. Their customers had the option of ordering just a plain caramel apple or “the works”, which consisted of caramel, whip cream, nuts, and sprinkles. Pete grew in his faith with Lori through their attendance of Elevation Church in the Village of Ashwaubenon. He loved music and greatly enjoyed worshipping at his church where he served as greeter and usher. Pete's relationship with God was most important in his life, as were the relationships he had with his family, church family, and his life with Lori.

Throughout his life, and outside of work, he liked attending area dirt track stock car races at 141 Speedway in Maribel and the Outagamie Speedway in Seymour and the University of Wisconsin-Green Bay Phoenix girls basketball games. Pete became known as the “Candyman” by local radio broadcast staff covering sports games in Door County as he often brought them treats.

His life will be honored with a funeral service held at 1:00 p.m. on Saturday, January 14, 2023 at Huehns Funeral Home, 1414 Michigan Street, Sturgeon Bay, WI 54235 with Pastor Ryan Kibbe, of Elevation Church, officiating.

Visitation for family and friends will be held at the funeral home on Saturday from 10:00 a.m. until the time of service.

In lieu of flowers, memorials may be given in his name for Pete’s family.

Expressions of sympathy, memories, and photos of Pete may be shared with his family through his tribute page at www.huehnsfuneralhome.com.

To send flowers to the family or plant a tree in memory of Peter John Stoffel, please visit our floral store. 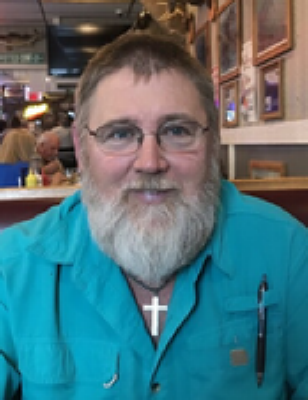 Make sure if memorials are given for the family in the form of a check they are made out to a specific member of the family.