Share a memory
Obituary & Services
Tribute Wall
Read more about the life story of Janet and share your memory.

She was born January 17, 1928, in Sawyer, Wisconsin, daughter of the late Clarence M. and Esther Martha (Hanson) Haines. Janet graduated from Sturgeon Bay High School, Class of 1945. She worked as a clerk at National T after graduation and then spent her career as a bookkeeper for Sawyer Fuel and Supply Company for 30 years. She married Omer Henry Mickelson on September 18, 1950, in Dubuque, Iowa. They spent 55 years of marriage together before he preceded her in death on July 4, 2006.

Janet was a lifelong member of Bay View Lutheran Church, where she served on the church council and was very active as long as she was able. Janet was also a member of the AMVETS Auxiliary and Sons of Norway. She was an outdoorsy girl who loved nature and taking care of animals. Janet enjoyed reading fiction and newspapers.

Janet was 100% Norwegian and was extremely proud and always celebrated her heritage.

Her life will be celebrated with a memorial service at Bay View Lutheran Church on Friday, January 27, 2023, at 11:00 a.m. with Pastor Jeff Greathouse and Chaplain John Hauser officiating. She will be laid to rest in spring at Hainesville Lutheran Cemetery.

Visitation for friends and family will be held at the church Friday from 10:00 a.m. until the time service at 11:00 a.m.

In lieu of flowers, memorials may be made to Bay View Lutheran Church, Crossroads at Big Creek, Neighbor to Neighbor or Wisconsin Humane Society Door County Campus.

Paul and Tim would like to thank the entire staff at DCMC SNF for their outstanding, loving care given to mom during Mom’s 3+ years as a resident. Also, to Unity Hospice, Carol Nutini, Cardinal Ridge, and Dr. Reitz for the many courtesies extended to Janet.

Huehns Funeral Home, Inc. & Door County Crematory LLC of Sturgeon Bay are assisting the Mickelson family. Expressions of sympathy, memories, and photos of Janet may be shared with her family through her tribute page at www.huehnsfuneralhome.com.

To send flowers to the family or plant a tree in memory of Janet Marie Mickelson, please visit our floral store. 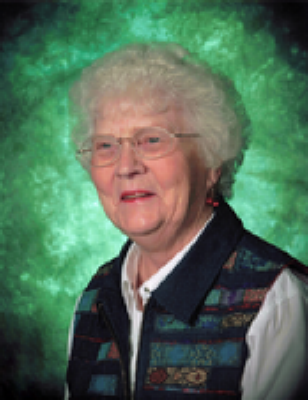