Share a memory
Obituary & Services
Tribute Wall
Read more about the life story of Elizabeth "Betty" and share your memory.

Elizabeth “Betty” Anne Gagnon, 85, of the Town of Jacksonport, fell asleep in the loving arms of her family and awoke in the arms of the Lord, Sunday afternoon, January 15, 2023 at Sturgeon Bay Health Services.

She was born November 19, 1937 in Chicago, IL, the daughter of Adolph and Anna (Klauke) Schmidt. Betty’s family moved to Door County in 1951, building a home in the Town of Jacksonport.  Betty graduated from Sevastopol High School as Salutatorian of the class of 1955. She went on to study nursing at Holy Family School of Nursing in Manitowoc and graduated in 1958.

After working at several private hospitals, Betty decided to see the world and enlisted with the United States Air Force on August 31, 1963. She served as a nurse stationed at the David Grant USAF Hospital at Travis Air Force Base in Fairfield, CA. Betty met Joseph Arthur John Gagnon (“John”) who was also serving in the United States Air Force. They were united in marriage on October 10, 1964 at the Chanute Air Force Base in the Village of Rantoul, IL. During their military service, Betty and John spent time living on the Azores, volcanic islands located off the coast of Portugal in the Atlantic Ocean. They were able to explore several European counties and shared many adventures. Betty was honorably discharged from the Air Force on March 10, 1967 with the rank of 1st LT and was awarded the National Defense Service Medal.

Betty and John then moved to Massachusetts to raise their family, first in Brighton for two years where Betty worked as a staff nurse at the U.S. Public Health Hospital and then in Plymouth, where John taught English at Silver Lake High School. After a few years, Betty, John and their family made a final move back to Door County in 1974 - returning to live in her childhood home in Jacksonport. For over 31 years, Betty cared for residents as a registered nurse and supervisor at the Dorchester Nursing Home (now Sturgeon Bay Health Services). She was well respected and well loved by those who knew her and who worked with her.

Betty was a member of St. Michael Catholic Church in Jacksonport (now Stella Maris Parish-Jacksonport site) along with her husband, John. She enjoyed traveling to national parks and historical sites across the United States. Betty was a voracious reader of all genes of literature, with a soft spot for mysteries. She was an excellent baker, best known for her chocolate chip oatmeal cookies and pumpkin/banana breads, which she would generously share with anyone who visited, both big and small. Betty had a great sense of humor and a wonderful smile.

She will be greatly missed by her husband, John, with whom she was blessed to share over 58 years of marriage; four daughters, Annette (Tim) Klare of Waukesha, WI, Carol Gagnon of Tamarac, FL, Christine (Alex) Giles of Fort Pierce, FL, and Nicole (Jim) Fox of Port Townsend, WA; four grandchildren, Allison, Alex, and Sam and Thomas; two brothers, Edmund and Joseph Schmidt; cousins; other relatives; and friends.

She was preceded by her parents; daughter, Mary (1995); and other relatives.

A Mass of Christian Burial will be celebrated at Stella Maris Parish-Jacksonport site at 11:00 a.m. on Tuesday, January 24, 2023 with Fr. Thomas Farrell as celebrant. Military Honors by the United States Air Force and V.F.W. Post #3088 will follow at the church. Betty will be laid to rest in the church cemetery, St. Michael’s Catholic Cemetery, in the Town of Jacksonport beside her daughter, Mary.

A heartfelt thank you goes out to the staff of Sturgeon Bay Health Services for the wonderful care given to Betty during her final stay.

Huehns Funeral Home, Inc. & Door County Crematory LLC in Sturgeon Bay are assisting the Gagnon family. Expressions of sympathy, memories, and photos of Betty may be shared with her family through her tribute page at www.huehnsfuneralhome.com.

To send flowers to the family or plant a tree in memory of Elizabeth "Betty" Anne Gagnon, please visit our floral store.

Video is available for this event 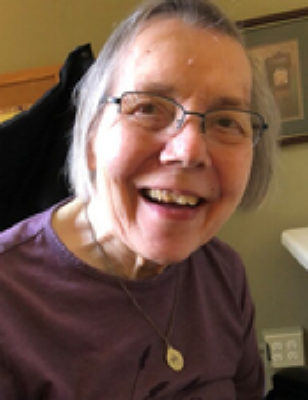